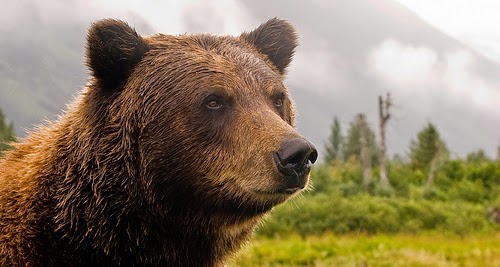 Their are many stories about the great bear, but one fact is that this constellation is always in view whether high or low in the sky.  I love the greek myth where Callisto, a virgin huntress falls in love with Zeus, bares his son Arcas, and is turned to a bear by Zeus’ jealous wife Hera.  Later, Callisto sees her son and raises her arms to embrace him.  Fearing for his life Arcas raises his bow to kill her.  Zeus saves her by turning her son into a small bear.  He supposedly grabbed them by the tail and hurtled them into the heavens for their protection.   Hera for her own triumph set them in the celestial hemisphere where they would wander never setting below the horizon.  Other myths link the bear to King Arthur, some say she is Artemis herself.  In China, the seven stars of the big dipper that form the bears back is the celestial home of the Lord on High.  The star Sirius is the heavenly wolf that guards the palace.

heaven’s watchman
Sirius - guards the bridge
of the gatherer

jealous gods
light the night sky
with fire and imagination